Amazing English Women: Role Models of the Past 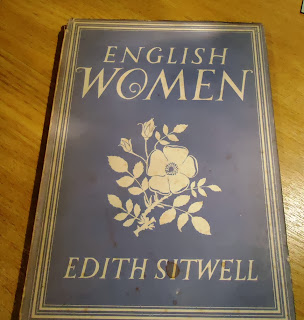 When I was a young girl in the Fifties, we had a small school library and I eagerly devoured everything there was to read.  It ranged from children's favourite classics to books of geography, history and so on.  One book I was very fond of was about the English heroines, names that were then as familiar to us all as Britney Spears and Madonna are to today's kids.  But rather a different set of role models.  It contained stirring pictures of Grace Darling who helped to rescue the survivors from the wreck of the Forfarshire, Florence Nightingale holding aloft her lamp as she moved amongst the wounded at Scutari and Elizabeth Fry with the prisoners of Newgate, a place she helped to reform.

This book left a deep impression on me, one of awe and gratitude for these brave, strong minded women who defied the attitudes of their time when women were considered as a second class race without talent, voice, or much intelligence.  Any woman who dared to stand out and show herself to be an equal if not a superior to perceived male intellect was deemed unfeminine, brazen, unchristian, or accused of neglecting her family.  So it took some courage and conviction to stride out alone against the ideal of feminine sweetness, gentleness, vapidity and colourlessness much trumpeted in Coventry Patmore's famous poem 'The Angel in the House'.http://academic.brooklyn.cuny.edu/english/melani/novel_19c/thackeray/angel.html

Nowadays, despite a far less unbalanced attitude to women, we no longer hold up such historical figures of women in the past as role models.  In fact, few children even know who they are except in the vaguest manner, don't even spot their image on their £10 and £5 banknotes.  Most young people seldom even use banknotes, do they? - but wield their piece of plastic instead.  Role models now are pop stars, actors, sporting figures perhaps.  Some of these figures are worthy, especially the latter, but many are not and simply appeal to a youthful desire to be rich or simply to 'get on the telly.'  Few girls now want to be nurses or do good for those less fortunate than themselves.

So I hope to write a few lines now and then to remind us about these incredible women of the past.  Let's begin with my favourite:

was born Elizabeth Gurney, her father a banker in and her mother part of the Barclays family.  Her mother died when she was twelve years old and as an older daughter, she had her hands full helping to raise the younger siblings.  She enjoyed a good life when young and admitted to loving dancing and riding in a scarlet habit!  However, at the age of 18 she attended a Quaker meeting and was deeply moved by the words of the American preacher, William Savery.  From then on she adopted the simple, unadorned Quaker dress.
In 1813 she married Joseph Fry another banker and also a Quaker and had eleven children by him. She managed her household duties perfectly well but always found time to visit the poor children in the school and workhouse at Islington.
Her real work began when she visited Newgate prison in the company of Sir Fowell Buxton's sister.  She was horrified by the overcrowded state of the prisons, the women and children living together in vile conditions of dirt and damp.   Some of the women had not even been tried in court but simply arrested and flung into these hell holes.   returned the next day with clothes and food and even stayed the night with them, inviting other members of the public to come and see for themselves what it was like in there.  The prisoners loved her and she gained their respect.  She eventually managed to set up schools for the children, appointing one of the inmates as a governess.  The women gained some self respect and began to see to their washing and cleaning and made efforts to improve themselves.  No one else was going to do it.  Matrons were installed in the prisons where before they had been overseen by men and one can only guess what that might mean.
Edith Sitwell reminds us in her article about Elizabeth Fry in the above wartime book that a 'destitute child of nine was committed to death for stealing four pennyworth of children's paints.  Eventually, after considerable delay, the sentence was commuted.  To what? Transportation to ?' (English Women:  Edith Sitwell)

Les Miserables was fact not fiction. Here in and also and everywhere else in so called 'civilised' countries.  Mercy was an unknown quality.

's influence became great and she was supported by Queen .  Other monarchs admired her and even the Czar of Russia was influenced by her.  When he visited the debtor's prison, three old men threw themselves at his feet and begged for his mercy.  He told them that their considerable debts would be paid by him, an astonishing act of kindness in a harsh and stern regime. Mrs Fry visited and spoke to the monarchs there about slavery, the state of the prisons and persecution of various religious sects and was befriended by the Kind of Prussia who came to visit the prisons himself.  She founded a school for nurses that later inspired Florence Nightingale. These were just a few of the societies, libraries, schools and other institutions which this amazing and indefatigable womae set up.

She was said to be a warm and wonderful person who moved all to tears when she prayed with them.
Prayer, she said, was always in her heart.  'Even in sleep I think the heart is lifted up.' And as she lay dying of a stroke in 1845 her last words were, 'Love, all love, my heart is filled with love for everyone.'

The seamen flew a flag at half mast for her passing, an honour reserved for royalty.  And thousands stood in silence at her burial.  A truly noble lady.