J.M Barrie: Are his plays still relevant to our times?

Here is a Guest Blog by Paul F. Newman, an excellent reviewer, who has kindly agreed to appear on my pages!

Thank you Paul for these interesting summaries.

His reviews are on three of J.M. Barrie's plays.

From The Admirable Crichton to Peter Pan.


J.M. Barrie was fond of creating stories that featured fantasy islands and below are reviews of his two most well known, with another early drama sandwiched in between. Although he started as a novelist he soon turned his hand to plays yet could never resist adding copious acting or directing notes that read more like miniature novels in themselves. I read these plays again recently and enjoyed the journey into the past . . . 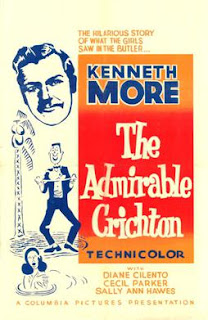 THE ADMIRABLE CRICHTON by J.M. Barrie. (Originally performed 1902)
Crichton is the unflappably correct and loyal butler in the Mayfair household of Lord Loam. The only thing that distresses him is his master’s leanings towards a more equal society, where on certain days the servants are encouraged to eat and mix with the uncomfortable resident family and their guests. Crichton abides by the theory that society is safer when everyone knows their place and that people naturally fall into a hierarchical order if left to their own devices.
When the accident of birth is removed, the idea of finding and accepting one’s place is allied in a sense to the survival of the fittest, and all this starts to take on a new meaning when Lord Loam and his pampered daughters and a maid, together with a couple of other upper class young men – plus Crichton (who is himself only about thirty) – get shipwrecked on a Pacific island during the course of a travelling holiday. Although at first everyone keeps to their place, other strengths and weaknesses of individual character soon emerge with an almost total reversal of roles.
This is a comedy, a theatre play geared for laughs, and Barrie’s stage directions are incredibly lengthy, reading more like parts of a witty novel than a brief to the actors. It was an early success for him a couple of years before his all-famous Peter Pan and at first I thought it not dissimilar to the Victorian comedies of Oscar Wilde. However its concept of turning society on its head gives it a more modern relevance and it comes across as less old-fashioned than the Wilde plays. While Peter Pan remains eternal, The Admirable Crichton had a good fifty-year run of popularity, last made into a major film in 1957.

WHAT EVERY WOMAN KNOWS by J.M. Barrie. (Originally performed 1908)
What Every Woman Knows is not at first the most self-explanatory of titles although strong female characters certainly drive the play. Historically Barrie wrote it in the first years of the twentieth century probably unaware that during the next ten years when Women’s Suffrage and Votes for Women were high on the public agenda, its title might be construed as a play that dealt directly with such current issues, and it possibly drew many people into the theatres for that reason. Not that they would have been totally disappointed. As a play of social manners it’s a good one, humorous and realistic, seeing things largely from a woman’s point of view and acknowledging that women were often the unseen force behind many a husband’s career. This is confirmed in the last paragraphs as the meaning of the title:
MAGGIE “Every man who is high up loves to think that he has done it all himself; and the woman smiles, and let’s it go at that. It’s our only joke. Every woman knows that.”
If you weren’t married by your mid-twenties in those days you were practically on the shelf, and the plot involves Maggie, a plain woman in her twenties, and the efforts by her loving bachelor brothers and widowed father to procure her a suitor. They make a deal with an ambitious younger man to give him the £300 he needs to establish himself in business on condition that he marry Maggie in five years time. Maggie, however, has the option of not accepting him in five years if she prefers. The young John Shand jumps at the offer even though he is not particularly enamoured of Maggie. He professes in the politest of terms that he’s not really interested in women, career always comes first, but he sees that a wife could be a social asset to him when he rises in the world and in that respect Maggie would be as good as any. Maggie, annoyed at first at her treatment as chattel, comes to warm to both the idea and the young man as he goes from strength to strength in the outer world, ending up being voted as the local Member of Parliament. Now the designated time on the bargain is up. By this time however other more worldly and sophisticated women have entered John Shand’s social sphere...
There’s a lot of understanding of character behind what is basically a comedy. It’s hardly women’s liberation stuff though: “Man’s the oak, woman’s the ivy” – that’s our heroine Maggie speaking. It reflects a time when many marriages were those of convenience and passion was found elsewhere, yet it remains an intriguing piece of old-fashioned entertainment. 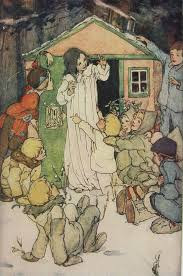 PETER PAN by J.M. Barrie. (Originally performed 1904)
The full title of the original play was Peter Pan or The Boy Who Would Not Grow Up (as if he had some choice in the matter) and the author never stopped fiddling around with it, the whole play I mean not just the title. Sometimes he would insert an extra character or scene deliberately for one night only in a theatre run, at other times he added lines, deleted paragraphs, upgraded Tiger Lily, downgraded Wendy and vice versa, had mothers turning up to claim the Lost Boys if they could pass certain tests, had Captain Hook trail Peter to London disguised as a schoolmaster, had soliloquies spoken by mermaids, and god knows what else... Peter Hollingdale’s 1995 Notes on the Text in the front of my OUP edition opens with the assertion that “The history of Barrie’s texts... is long and complicated”. And that is perhaps an understatement. The version appended in this book is probably the most familiar and dates in collected written form from 1928, although it is essentially what was first performed in 1904.
To this day almost everyone is familiar with the story and characters of Peter Pan and what struck me as I read again the first scene in the nursery at the Darlings’ house was how loving it was towards children. Was the choice of the name “darling” for this family, deliberate? The impressions we usually nurture of Victorian parents being stiff and aloof from their offspring and that children should be seen and not heard is a million miles from the atmosphere of warmth and security here, where the mother and father – especially the mother – is hands-on in her dealings, reading goodnight stories and settling the high-spirited youngsters down for the night. This is a prosperous middle class family home in London, yet not run by servants. We’re candidly told amongst Barrie’s copious notes and directions that they can’t afford them, and so the children’s special nurse who helps with bath times and bedtime duties is a Newfoundland dog called Nana. With three children, Wendy, Michael and John, sharing a bedroom, Nana on guard and cosy night-lights above their beds, many a child watching the play might have envied this almost perfect family arrangement. 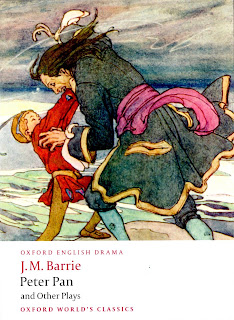 Posted by Loretta Proctor at 4:28 AM No comments: