For those of us who live in the past like myself, Dorothy Sayers mystery novels are a fascinating read.  They were written from the 1920’s to the outbreak of World War Two and thus her authentic depictions of the times she lived in are for me the main pleasure in reading these complex and astute stories.  There are many avid admirers of her fictional hero, Lord Peter Wimsey, and eventually he evolves into a regular paragon of all the virtues.  To begin with he appears as a take on Wodehouse’s delightfully idiotic fop, Bertie Wooster, complete with attendant perfect butler (in this case a devoted man called Mervyn Bunter) who treats him like a baby,  Apparently Lord Peter needs to be bathed, fed, dressed and inspected as to the propriety of his sartorial arrangements before going out. Better than a mother is Mr Bunter!

At first we cannot help but wonder what this cosseted aristocrat (his antecedents go way, way back, probably to God Himself) is up to, taking a morbid and almost cheerful interest in crime, regarding dead bodies without the normal sense of horror or fear.  In Sayers first book, Whose Body (1923) an inoffensive little man, Mr Thripps,  wakes to discover a dead, naked body in his bath wearing only a pair of pince-nez.    Lord Peter is informed of this event by his mother, the Dowager Duchess of (delicious name!) and abandons his urgent desire to buy old books at an auction in order to see what’s going on.   His attitude seems patronising in the extreme ‘Well, thanks awfully for tellin’ me.  I think I’ll send Bunter to the sale and toddle round to Battersea now an’try and console the poor little beast.’  Having surveyed the scene he sympathises with something as crass as  – ‘I’m sure it must have been uncommonly distressin’, especially coming like that before breakfast.  Hate anything tiresome happenin’ before breakfast.  Takes a man at such a confounded disadvantage, what?’

So you see, quite correctly that I have never really taken to Lord Peter.  However, as the tale progresses it becomes apparent that all this burbling on like a shallow idiot is actually a useful mask for the real man who hides pain and sadness beneath this masquerade and takes up criminology as a distracting pastime. There’s no doubt about his cleverness and courage and he is indeed an interesting and wounded figure, with a whole ancestral history attached to him by the author who said herself that she fell in love with her character. (As most authors do. I certainly fell in love with Ethan Willoughby in my book The Long Shadow!)

Eventually we discover that Peter Wimsey was a Major in WW1 who still suffers from shell shock and nightmares at times.  His old Sergeant is the loyal and devoted  Bunter attached to him through the comradeship of war time sufferings.  Slowly we begin to feel more sympathy for this hero as we learn throughout the stories how he suffered in the war and how this now affects him, especially when he actually does solve a murder and realises that the criminal is likely to be hanged. It’s as if he plays at the puzzle of solving the case but then suddenly realises it isn’t a game at all, but involves real people, who evil or not, are human and faulty and culpable.

Wimsey does grow and mature through the book, eventually meeting Harriet Vane, with whom he falls in love after having helped her out of a charge of poisoning her former lover.  At first she turns him down but eventually marries him in Busman’s Honeymoon (1937) the last Wimsey novel.  Sayers found it impossible to write crime stories through the Second World War because she felt there was enough horror abounding in life at this time without imagining it.

There is no doubt that Sayers was a very well read and learned woman who was educated at , which was rare for a woman at that time.  Her father, the Reverend Henry Sayers, was a chaplain at and began teaching her Latin at the age of six.  I found this hard enough to learn at the age of eleven so she has my deep admiration for such early signs of diligence.   She translated Dante and wrote many non fictional works which, as a scholar, she naturally considered her finest efforts.   Many criticise her character, Harriet Vane, because she is obviously the author herself, eventually marrying her own hero!  Why should this be criticised?  Most authors put themselves in their works because we write of our own substance and inner characters.  Peter Wimsey was Sayers animus figure and the ‘marriage’ seems to me to be a delightful sign that something within the author had become united.  Wimsey is not killed off like so many other detective heroes, Poirot and Holmes, for instance.  He is quietly retired into a pleasant and peaceful old age with Harriet and his many children.  This allows him to remain forever fresh and alive for the reader. And proves that, despite the problems of her own romantic life, Sayers, known to be of a religious disposition, found some sort of inner harmony in her soul. 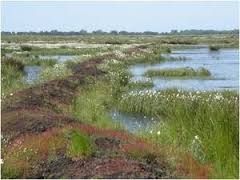 Out of all her books with Peter Wimsey, this is considered to be her finest.  And though it could become a little tedious to the un-initiated in bell ringing –which must surely be the majority of her readers – it is a truly clever plot.  In this story, Peter Wimsey finds himself and his car plunged into a ditch during a snowstorm on New Year’s Eve and spends the night (together with Bunter, of course, how could he manage otherwise?) at the welcoming home of the rector of the fine local church, Fenchurch St. Paul, which has nine splendid bells.  These are the Nine Tailors of the title (the original word was Tellers which became corrupted.)  I have learnt that six Tailors are rung if a woman dies and Nine Tailors if a man dies, followed by a steady peal for every year of their life thereafter.  In small villages of the past, this was a way of knowing who must have died; everyone knowing everyone for miles around.

Naturally a dead body turns up some time later and Lord Peter is asked back to solve the mystery.  He toddles up a few blind alleys but works it all out eventually and it is a subtle and ingenious business he has to unravel.  The book is full of underlying emotion and though tedious at times in its detail, still makes one want, even need to read on.

The characters of all books from this era are sometimes accused of stereotyping.  But this accusation from modern readers is because we have now seen these types of characters portrayed so often on television and film, especially old films – from Agatha Chrisite novels, Midsomer Murders and so forth.  But in the years before and between the Wars people were often more typical and true to a type.  We appear far less so now that we are encouraged to air our uniqueness, though you might say different stereotypes abound these days.  We have created our own typology which will amuse the future generations, no doubt.  Personally, I found many of the characters in this book to be interesting, even loveable, such as the absent minded rector, or else pleasingly evil as a villain should be. 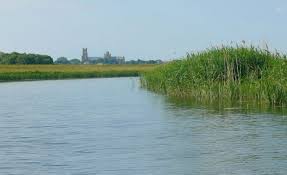 There was so much to learn about the amazing mathematical precision of change ringing, a subject I knew absolutely nothing about.  To learn something new from a crime novel is a rare thing nowadays.  Modern crime stories are expected to rattle along urgently from one dead body to another without any descriptions.  (Description in any novel appears to be anathema to many modern editors.) But this is where, Sayers, turns the genre into literature and art.  Her evocation of the landscape and wintry scenes of the where the novel is set, is truly as brilliant as anything by Thomas Hardy.  We become drawn into this vast bleak landscape with its drains and its sluices and dykes; a watery, strange wetlands where man struggles to keep nature at bay.  As I read this story, which at one point describes a great flood, there has been a winter of deluges and inundations on a major scale in the British Isles, not confined to the by any means but equally due to mismanagement of the ancient land and waterways.  It brought it very much to life.

But above all there are the bells.  These amazing bells; the sounds that are emitted from them take over the novel and its pace and meaning.  They seem to cover the gamut of human feelings and emotions from the gentleness and grace of the tenor to the terrifying cacophony of the huge deep bells; bells that are ancient,  their rhythms timeless, their messages clear and somehow indicative of something greater than the small happenings of the men below them as, high in their tower, they crash, clang, echo, move in a mathematical dance and pattern that must surely imitate something of the awe of the Creator.  I felt a sense that Sayers herself, was lifted beyond the ordinary world as she wrote about them.

‘The bells gave tongue; Gaude, Sabaoth, John, Jericho, Jubilee, Dimity, Batty Thomas and Tailor Paul, ringing and rioting and exulting high up in the dark tower, wide mouths rising and falling, brazen tongues clamouring, huge wheels turning to the dance of the leaping ropes…..every bell in her place striking tuneably, hunting up, hunting down, dodging, snapping, laying her blows behind, making her thirds and fourths, working down to lead the dance again.  Out over the flat, white wastes of the fen, over the  spear straight, steel-dark dykes and the wind bent groaning poplar trees , bursting from the snow choked louvers of the belfry, whirled away southward and westward in gusty blasts of clamour to the sleeping counties went the music of the bells….’